What Is Solar Energy & How Is It Used?

Solar energy is a free, renewable source of electricity as long as there is adequate sunlight and you have the right system to capture it. It’s “clean,” meaning no greenhouse gas emissions occur when using this energy source. Sunlight is in (more or less) infinite supply, and it doesn’t harm our planet, so why wouldn’t we use it?

In fact, we do use solar energy in multiple aspects of everyday life. Thanks to significant technological advances in solar power systems in recent years — and reduced manufacturing costs — we can afford to capture energy from the sun and convert it into usable electricity for our homes.

Here’s a look at how this process works and past and recent developments in solar energy. Consider this a solar energy primer and discover how it can transform your daily life.

Whenever you feel the sun’s warmth on your skin or have to squint your eyes while you’re outside, that’s solar energy reaching the earth. It is a critical part of all life. It warms the Earth, sustains plant and animal life, and even causes wind and weather events.

However, sunlight alone isn’t enough to generate usable energy. For that, we need a solar power system.

How Does Solar Power Work?

CSP uses mirrors to reflect sunlight. The concentrated sunlight transmits into receivers that collect this energy and turn it into heat. This heat can then be stored for later or used as electricity. CSP is used more for large power plants than for consumer applications.

PV is the technology used in solar panels. Sunlight hits the PV panel and becomes absorbed into the PV cells, creating a DC electrical current. PV is the most widespread solar technology used to power buildings and homes.

When Was Solar Energy Discovered?

Humans have been harnessing sunlight long before electricity existed. As early as 700 B.C., humans reflected sunlight off shiny surfaces to light fires. In 300 B.C., people used mirrors to reflect sunlight and light torches for special ceremonies.

Further developments came about in 1888 when Edward Weston invented two solar cells that converted energy from the sun into electricity. The light heated a cell which caused electrons to be released and a current to flow. That current flow created heat. Thus, Weston’s invention turned sunlight into heat, producing electricity. Weston received two patents for his inventions.

The technology that goes into solar power results from scientific discoveries and decades of research. What was once an expensive and inaccessible technology for generating renewable energy is now available for homes and businesses across the globe.

How Is Electricity Produced From Solar Energy?

The most common technology for producing electricity from solar energy is photovoltaic — or solar — panels.

Solar panels are lined with photovoltaic (PV) cells. Each cell contains a silicon semiconductor, a material that conducts electricity. When this semiconductor absorbs sunlight, electrons get freed. These electrons start moving in an electric current, all moving in the same direction.

This current is directed to an external object, which is how we get electricity. However, the electricity produced is direct current, so it must go through an inverter to be usable as alternating current (AC) electricity.

How Is Solar Energy Used in Everyday Life?

Anything that needs electricity or batteries can use solar energy: your phone, laptop, TV, car, oven, fridge, and even your water heater.

Solar panels allow homeowners and businesses to harness sunlight and convert it into usable electricity. It’s quickly spreading in popularity as PV panel costs have decreased, and more people turned to alternative energy sources to save on skyrocketing utility costs.

Homeowners who join a net metering program (where available) can send any extra energy to the electric grid and receive credits.

Alternatively, some users connect PV panels to portable power stations to keep energy in reserve independent of the grid. Solar generators like the EcoFlow DELTA series can supply enough energy for an entire home, acting as a reliable source of off-grid power for blackouts. Other options, like the EcoFlow River 2 series, are suitable for portable uses, such as camping, backpacking, and RV adventures.

Just like solar energy can power electronics, it can also provide light. Solar lights have become popular for patios, walkways, and balconies because they absorb light all day and stay lit up all night without extra power.

Solar lighting is a cost-effective way to keep the outside of your home lit up during the night without watching your power bill suffer.

Solar-powered vehicles are already starting to emerge. A car that charges using renewable energy would eliminate the need for fossil fuels and power grids, which are currently the only two viable ways to power vehicles.

Solar energy also supplies electricity for other transportation and vehicular needs too. Power kits integrate with RVs, campers, and vans, allowing users to use sunlight to charge appliances and devices. 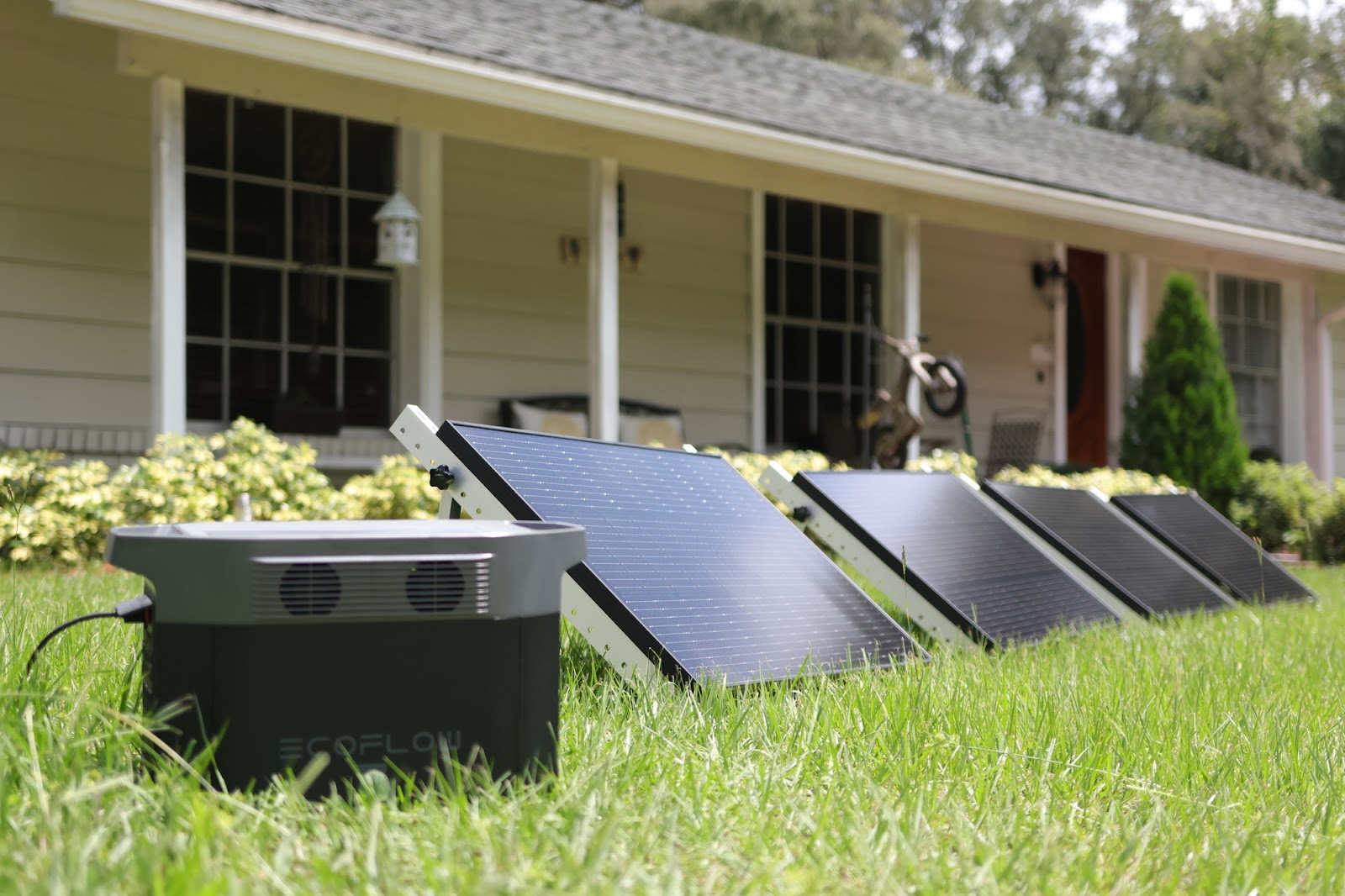 Only a few resources on Earth are endlessly renewable and don’t damage the planet; sunlight is one of them. Once you switch to solar, it won’t take long to see the difference in your utility bills and your peace of mind as you achieve energy independence.

If you’re thinking of creating a solar power setup, shop EcoFlow. Our commitment to clean energy is why we develop technologies that generate solar power in a way that’s cost-effective and accessible to all. Never run out of power with EcoFlow’s renewable, net-zero energy solutions.

Best Portable Air Conditioner for a Garage in 2023 Reviewed

The 7 Best Portable Power Stations for Camping in 2023