Can undergrounding curb the blackout problem in the U.S.?

Undergrounding – or underground power lines – can offer a solution to protecting cables from weather damage, vegetation, and acrobatic animal interactions.

Some regions in the U.S. have undergrounding utilities installed, while the rest are still relying on overhead cables. In the U.S., talks of investing in utility undergrounding are dubious. On the one hand, it would be beneficial for many reasons, and on the other, it has it does have its disadvantages. We’ll look at both the advantages and disadvantages of underground cables and the solution to prepare you for when the grid malfunctions and causes a blackout.

Undergrounding is the burying of power cables to substitute exposed overground power lines. Underground cables are used to conduct energy towards residential or commercial properties or power applications in areas that would otherwise be difficult, impractical, or dangerous to use the aerial cables, such as in cities or streets lined with trees.

How deep are power lines buried?

Cables can be placed underground using two typical methods – the first is by direct burial. For this method, power lines are buried 24 inches underground, or 18 inches below ground with a 2-inch concrete overlay.

The other method is by creating an underground raceway. So how deep are electric lines buried using this method? When using non-metallic materials the required depth is 18 inches or 12 inches under a concrete slab of 2 inches. When the raceway is made of metallic materials the depth of burial is a shallow 6 inches.

What are the advantages of Undergrounding?

There are many benefits to undergrounding utilities. Keeping wires well away from the elements, vegetation, and animals all contribute to a healthier grid. High voltage electricity cables are essentially being put underground instead of overhead, so the imminent dangers of pylon cables are already decreased.

Protects against the elements

Severe weather in the U.S. alone has caused trillions of dollars in damage in the past 5 years. On the East Coast, tropical cyclones and hurricanes surge through towns and cities, causing absolute destruction in their path, while droughts, strong winds, and huge wildfires devastate the West Coast.

Utility companies have attempted to counter the effects of the environmental onslaught by replacing wooden pylons with steel or composite materials, conscientiously trimming back trees and shrubs, and increasing power line checks. However, it’s not enough to completely avoid the risks of damage and blackouts.

In 2021, Pacific Gas and Electric Co., which operates most of California’s electrical supply, announced plans to bury some 10,000 miles of their overhead lines in wildfire-risk areas. This was pledged after they came under scrutiny for their overhead cables causing multiple fires from vegetation contact as well as causing other devastating incidents such as the Camp Fire in 2018. The plan to switch to undergrounding utilities is expected to cost around $15 billion to $30 billion. Considering the above, it’s a small price to pay to safeguard the area and greatly reduce the number of blackouts in the long run.

Protecting overhead cables and reducing fire hazards and damage risks means putting in the extra labor – and cost – to trim trees and shrubs or to cut them down entirely.

Whereas, undergrounding paves the way for trees to be planted along streets. Street trees are favorable for a number of factors such as providing shade and reducing urban heat-island effects, reducing rainwater runoff, improving air quality, and more.

Wildlife like squirrels, birds, possums, snakes, and even bears can integrate pylon cables into their daily routine – as a bridge to get from A to B; as a social space to chatter away to fellow friends; and to build nests. The build-up of bird guano, large nests, and deceased animals from electrocution are all circumstances that can cause real damage to the lines and spiral into a chain of events such as flashovers, trips that can eventually burn out wire conductors, and hardware failures.

What are the disadvantages of Undergrounding?

We’ve taken a look at the pros of undergrounding utilities, so now let’s weigh up the cons. Overhead cables can be more costly, difficult to maintain, and bury as well as be more susceptible to damage from other types of natural disasters.

The cost of burying power lines is several times more than overhead cables. The majority of electric utility companies fear that their customers will have to foot the bill for undergrounding, raising electricity bills across the country.

Digging around to locate the damaged source and maintain undergrounding utilities can sometimes take days or weeks when compared to overhead power lines. Power switch-offs in the area can also happen throughout the day for this period.

Not feasible in some terrain

Areas that have more soft, sandy terrain, such as Florida and the Sierra Nevadas, would prove difficult and impractical to bury cables underground. Attempts to bury power lines have proved unsuccessful due to unstable sands.

Other natural disasters to consider

Electric cables underground are more vulnerable to ground movement caused by earthquakes and water damage caused by floods. In 2011, the earthquake that shook Christchurch, New Zealand, destroyed around 360 kilometers of high voltage underground power lines and caused a massive blackout in most of the city, which left locals out in the dark for over 10 days. On the contrary, only a few kilometers of overhead power lines were disturbed as the foundations of the pylons had sunk and shifted due to liquefaction.

Can I opt for undergrounding utilities?

When it comes to tucking away high voltage wires underground, issues would be largely reduced and blackouts will inevitably happen less often.

However, It’s simply not a solution for some people to choose their cable utilities or install their own power lines whether or not they have a provider that will do it for them.

Utility companies in Texas, Virginia, and North Carolina have all considered undergrounding as a solution to a mounting problem yet have all agreed it would be very expensive – especially taking into account that it is around 10 times most costly than overhead cables. Furthermore, many utility companies in other regions simply do not have the proper terrain to bury cables and have to resort to overhead lines.

While undergrounding does decrease power trips and blackouts, it doesn’t completely erase the issue. Blackouts are inevitable whether you have underground or overground cables in your area.

When it comes to backup power it’s best to have a reliable solution to keep your mind at ease. Having a power source that is independent of the grid means you’ll be well prepared for a blackout, whether your home is linked up to underground utilities or overhead cables.

An ideal backup plan would be to invest in a portable power station, such as a DELTA Pro.

With a 3600 watt AC output that can be extended to a huge 7200w of power by pairing up two units, the DELTA pro is a fantastic solution to your everyday power needs, saving you the hassle of completely sacrificing your home comforts.

Power your refrigerator (120w), washing machine (500w), TV (110w), and charge multiple phones (11w each), and more in one charge. The DELTA pro can link up with a suite of add-ons such as batteries, solar panels, and more to boost capacity and help you better manage your home energy usage, the smart way.

Here we’ve listed a few ways how can stay empowered during a warm-weather blackout and over here to prepare for a winter power outage.

With the increase of severe weather across the U.S. and inevitable animal interactions with power cables, there are so many factors that can cause underground and overhead power lines to malfunction. When it comes to tucking away high voltage wires underground, the problem is greatly reduced and blackouts will happen less often.

Either way, an independent power source that stores a large capacity of electricity whenever you need it is an ideal solution to an unavoidable situation such as a power cut.

Hopefully, in the future, underground utilities can be installed where most needed while pylon cables can remain in the places where the ground is unfit for burial, but for now, investing in your own future home power is the way forward. 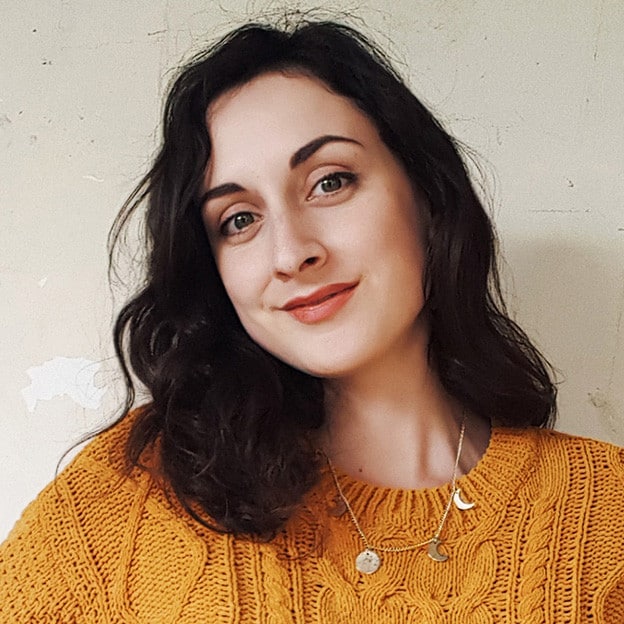 Christiana Eaton
Hailing from the UK and currently traveling the world, Christiana is a seasoned freelance copywriter for EcoFlow with a keen interest in renewable energy and solar power.

Love Powered by EcoFlow: Valentine’s Deals For the Entire Family

Guide to the Federal Solar Tax Credit in 2022

Solar Charge Controller Basics: How To Choose One & What To Avoid In 2022

The Pros and Cons of Small Portable Generators for Camping

Solar Generators vs. Gas Generators – What’s the Difference and Which is Best for You?