What Is a Solar Generator?

This article is a starting point to get into the know regarding “solar generators.” What is a solar generator? Do they actually work? What do I need to know before I buy one? What can I use them for? Read on and find out…

What is a solar generator?

At its most basic level, a solar generator combines a large battery with solar panels. They work by capturing sunlight via your solar panels, storing the energy captured by sunlight into a battery, and then converting that energy into AC power for you to use. They typically come with wall outlets, USB outlets, and even DC outlets.

While the “generator” isn’t entirely accurate, as they don’t generate power in the way fossil-fuel-powered generators do, the term has stuck. We often use the term “portable power station,” but for the purposes of this article, we’ll be using “Solar Generator.”

In short, solar generators work for virtually anything a traditional generator can be used for without the fumes, smell, or high maintenance. While it’s true that a significant limitation in the past has been output, with solar generators lacking when it comes to powering heavy-duty devices, this has been remedied in recent years with EcoFlow’s X-Boost technology. More on that later.

The key thing that sets solar generators apart from their archaic counterparts is that you’ll need to charge them rather than give them fuel. If you’re charging with solar panels, you’ll just want ones with an solar panel connector for maximum compatibility, such as EcoFlow’s range of portable solar panels and, of course, sun. You can read more about what kinds of solar panels you might consider here.

That being said, solar isn’t the only way to charge up. Almost all solar-powered generators can charge via wall outlets too, with some supporting various charging methods. In this way, solar generators are much more flexible than traditional generators. EcoFlow DELTA Pro, for example, lets you use wall outlets, car outlets, solar panels, Smart Generators, or even EV charging stations. Storing renewable energy is now easier than ever.

What should I consider before buying a solar generator?

Okay, so let’s assume you’re on board with the idea of solar generators replacing traditional petrol generators, or perhaps as a generator alternative. What factors should you then consider with this new technology?

The first and most crucial factor you’ll want to look at is how big the battery itself is since you won’t be using a tank full of petrol to power your appliances. A larger battery usually means more capacity, which is measured in ‘watt-hours.’ The more watt-hours, the longer you can power your devices before needing a recharge. Let’s take two extremes for comparison when it comes to capacity and portability:

Perhaps the most portable solar generator going, River mini is light, handheld, and comes in at 210 watt-hours. It’s almost like a giant power bank with AC wall outlets on the side for larger devices. It’s great for short trips, camping, or just to throw in your backpack.

DELTA Pro — on the other hand — is the most significant deviation from old-school generators. It starts at 3600Wh and can be expanded all the way to 25,000Wh with extra batteries and smart generators. It can integrate directly with your home circuits via accessories and can power your home for days on end during an emergency. And you can monitor it all from your phone. That’s a whole lot more functionality than a traditional generator.

How many watt-hours do I need?

Here, a bit of math comes in handy. Just add up the amount of watts your devices require and multiply that by how many hours you’ll need to use them. Then, leave yourself a buffer for conversion inefficiencies. Here’s an example:

Let’s say an extended power outage hits, and you need to power a fridge for 4 hours. A large fridge can use up to 200W an hour, especially if turn-on cooling is required. In this case, you need a battery with more than 1000Wh (200×4). A good fit here might be the 2000Wh EcoFlow DELTA Max. With 2000Wh, you’ll be able to keep your fridge running throughout the blackout, with a spare 1000Wh or so left over to account for any inefficiency. With that excess energy, you could even use your microwave and charge up your personal devices.

Output & Outlets: What can you run on a solar generator?

Different solar generators come with different sets of outlets and can run different things. At a minimum, you’ll want AC wall outlets so you can easily plug in your appliances, as you would at home. However, newer offerings are much more convenient, offering fast-charge USB outlets, DC outlets, and even wireless charging pads. A good middle ground might be the EcoFlow DELTA, a 1200Wh power station that allows you to power up to 13 devices simultaneously.

Beyond just outlets, you’ll also want to consider how much the solar generator outputs. Older, cheaper models tend to lack output, meaning you won’t be able to power larger appliances such as microwaves. However, all EcoFlow solar generators have high output capability and come with X-Boost technology allowing for surges in output requirements. DELTA Pro, for example, can even power appliances that require as much as 4500W. That’s AC units, heaters, and the like all covered.

An essential factor that you might not know about coming from a fossil fuel generator is battery chemistry. Different solar generators use different kinds of batteries. The two main ones are NCM batteries and LFP batteries. Each has its own advantages.

LFP batteries — named after their elements (LiFePO4) — are designed for long-term, regular use. If you’re looking for a solar generator to be used as a home battery, you’ll likely want an LFP battery since you’ll be cycling it multiple times a week. These have a cycle life almost 5 times that of the NCM alternative. The sacrifice LFP batteries have is that they’re heavier, so if you opt for an LFP battery, make sure it’s easy to transport. EcoFlow DELTA Pro is a good pick here with its luggage-like design.

NCM batteries can be smaller, lighter, and work just fine in temperatures as low as -20°C. They’re the default pick for most portable solar generators as they are easy to carry, throw in your trunk for camping, or move around the house. EcoFlow’s River series is all NCM batteries, as is the DELTA series, excluding the Pro variation. The downside here is the lower cycle life of around 800 cycles before degradation to 80% capacity. That won’t be as significant a factor if you’re only using yours for trips.

Solar Input: What solar panel do I need?

Just like with fossil-fuel generators, solar generators are used for a ton of applications. Here are three of the most popular:

Blackouts are on the rise globally, and energy prices are increasing due to scarcity and inflationary pressures. As a result, people are using solar generators to power their home appliances as a source of renewable, emergency power. In general, larger portable power stations like DELTA Pro are an excellent go-to for full home backup. Smaller solar generators such as DELTA are good for powering the essentials.

We wrote a dedicated article here that’ll take you through how people backup their homes with solar generators.

Another widespread use for solar-powered generators is camping. The attraction is that you can take your campsite to the next level with electricity. We take power outlets for granted indoors, being able to just plug in whenever we need them. Now we can do it in the wild. Just make sure not to check your Slack messages – perhaps boil yourself a brew instead.

Here, you’ll likely want to opt for a power station that puts portability first, such as River Pro, since you’ll be carrying it around with you. However, if you’re going all out, DELTA Pro or Max works here too.

We wrote a whole article exploring this topic further here.

Did you know vanlife is booming? Since the COVID-19 pandemic, people have been looking for alternative ways to travel. Some have even taken to the road permanently, as in the 2021 Oscar-winning movie Nomadland. Solar generators and RVs or vans are an ideal match. They provide power to your setup and paired with portable solar panels attached to your roof, you’ll have renewable energy on the go. Here, your pick depends on your needs. Large RVs might warrant a large power station, with small vans only requiring a kilowatt-hour or two for a few small appliances and devices.

Here’s more detail on the topic with another piece we put together.

Which solar generator is right for you?

With all that in mind, you’ll be starting to formulate an idea of what you need. Calculate how many watt-hours you require, then weigh up your priorities following that. Outlets, solar compatibility, charging methods, and of course, portability. To make your decision a little easier, we’ve put together two articles for some further reading, one on the more portable River series, and the other on the DELTA series. 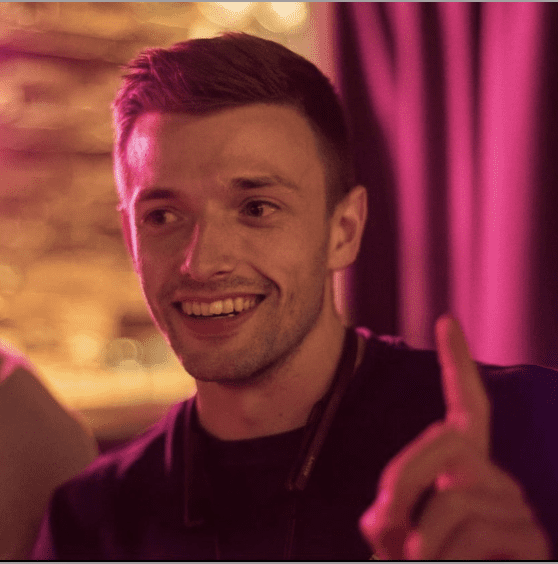 Kris Haagensen
Born and raised in the UK, Kris is a 4.0 International Business grad from Sheffield Business School. After working in the tech industry for half a decade in Shenzhen, China, he's now Lead Copywriter at EcoFlow. Kris is a renewable power enthusiast & uses solar generators to run his DJ gear in exotic locations.

How to Keep Food Cold When Camping

Solar Generator vs Petrol Generator — Which Is Better for Camping?

What Size Inverter Do I Need for My Motorhome?

What Size Generator Do I Need to Run My Camper?